Dr. Braden Romer, assistant professor of kinesiology at Louisiana Tech University, has been invited to present his research to an international gathering of colleagues at the Footwear Biomechanics Symposium on July 9 in Liverpool, England. 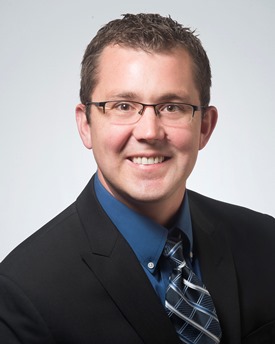 Romer will present on a research project titled, “Footwear Effects on Lower Extremity Coordination,” which focuses on understanding the effects footwear and alterations in skin sensitivity that footwear has on motor control patterns during walking. The Footwear Biomechanics Symposium, co-hosted by the University of Liverpool and Liverpool John Moores University as part of a special interest group meeting of the International Society of Biomechanics, brings together leading researchers in footwear and running-related research and product development. “While footwear has been a long an area of research, especially with regards to injury prevention during running, recent articles have focused on potential benefits of barefoot or minimalist footwear,” said Romer. “The purpose of this project was to expand on some of these past projects to investigate how sensory information from the foot assists in gait control mechanisms.” Romer’s expertise is in biomechanics with research primarily focusing on understanding gait variability and occupational lifting mechanics. In addition to his role in the Department of Kinesiology, he also works with the Center for Biomedical Engineering and Rehabilitation Science at Louisiana Tech and serves as one of the primary investigators in the new Sport and Movement Science Laboratory (SMSL.) The SMSL is an interdisciplinary research and teaching space that focus on research and education in sport and movement science.