Class of ’18 grad to teach abroad for a year

Sarah Katz grew up dreaming of studying abroad. She’s missed that chance so far, but because of the Masa Israel Teaching Fellows program, she’ll be teaching abroad instead. 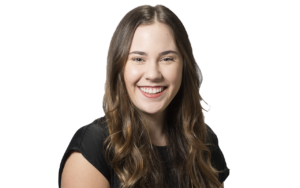 “The program I’m doing is available only to young Jewish college graduates,” Katz said, “but there are other programs that make it possible for you to teach all over the world.”

“This is truly outstanding; I enthusiastically congratulate Sarah on this accomplishment and opportunity,” said Tech President Dr. Les Guice. “Mostly I appreciate her willingness to share this story with others so they can be aware such an opportunity exists.”

Birthright Israel is an opportunity for young Jewish people between the ages of 18-32 to experience Israel with others their age. Katz’ recent Birthright Israel trip was, “as cliché as it sounds, life-changing,” she said.

“I went on my trip with an organizer called Shorashim and was placed with 47 others in our 22-to-26-year-old group,” Katz said. “We spent 10 days traveling all over the country, from the Golan Heights and the Sea of Galilee to the Negev Desert and everything in between. It’s hard to put into words the impact that this trip had on me. I felt like I learned a lot about who I am as a person on that trip. Getting to see all these important historical sites with all these amazing people opened my eyes in so many different ways.”

Most Israelis learn English in school, but Israel is in need of native English speakers to teach these classes, which opened the door for Katz. After that, she’ll see what’s next.

“I’ve always had my life planned out, knowing exactly what I wanted to do, how many kids, where I was going to live…Over the past 18 months, things changed…,” she said. “I struggled with this at first a lot, but after going on my Birthright trip, my perceptive changed. I realized that it’s OK not to know where I want to be in five or 10 years. For someone who is a habitual planner, this was a hard pill for me to swallow.

“Right now, my life is loosely planned out until July 2020, which is when I get back from Israel, but anything after that is up in the air,” Katz said. “I feel like spending 10-and-a-half months in Israel is going to change a lot for me, so I’m allowing myself to be flexible about my future.”

In 2011, Katz moved with her mother from Florida to Forest, her mom’s hometown. Sarah finished high school there and toured Tech during her senior year. She felt the same way about Tech then as she feels about Israel now.

“It just felt like home,” Sarah said. “I loved the campus and the people I met; I knew that it was where I was supposed to go.”